What makes you who you are?  There is no easy way to define this because the majority of any human's DNA is a random combination of his or her direct ancestors' DNA.  The only two types of DNA that are completely definable and constant are yDNA and mtDNA, because they are non-recombining.

A man will inherit four types of DNA from his parents, those are: from his father (yDNA), from his mother (mtDNA and x-chromosomal DNA) and from both parents, their randomly combined atDNA known as autosomal DNA.  A man's yDNA and mtDNA are only a very small fraction of his total DNA, less than 1% each.  For x-chromosomal DNA, scientists estimate it is 2 1/2% of a man's total DNA.

For a woman she will only inherit three types of DNA from her parents; from her mother (mtDNA and x- chromosomal DNA), from her father (his mother' x chromosomal DNA) and from both parents, their randomly combined atDNA.  In a woman while mtDNA percentages are the same as a man at less than 1%, her atDNA is lower percentage of her total DNA because a female carries two x-chromosomes and her x-chromosomal DNA is estimated at 5% of her total.

From the figures above and in the chart below, it is easy to see that the majority of DNA in a man or a woman is atDNA.  Even though x-chromosomal DNA is randomly recombined like autosomal DNA, there is scientific evidence that it is not the same as autosomal DNA. 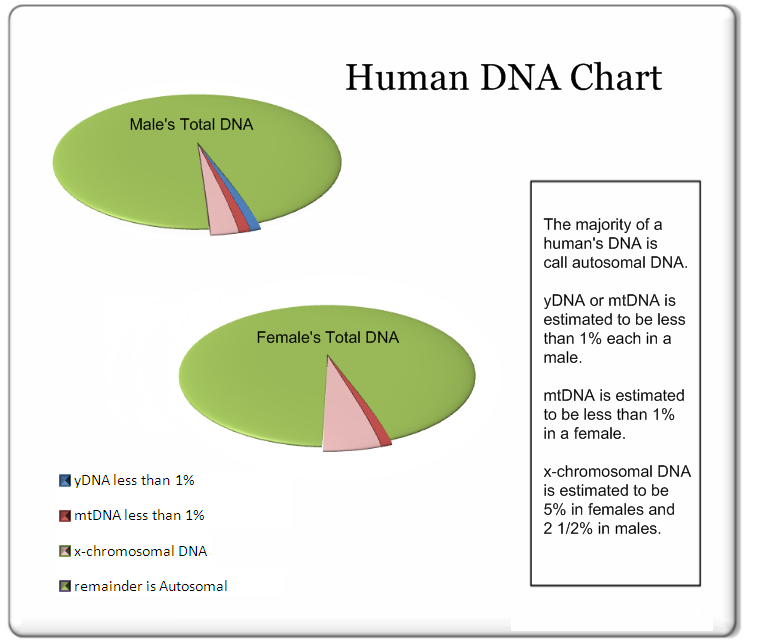 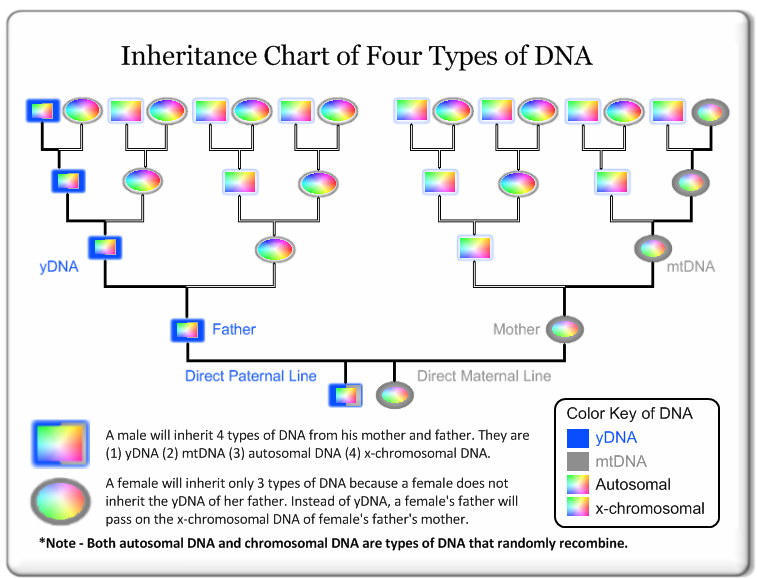 What can atDNA(autosomal DNA) do for me genealogically?