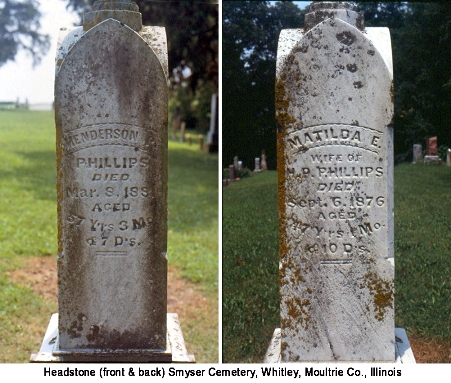 Headstones for two of their sons are in the same row: William M. Phillips (1853-1854) and Robert Henry Phillips (1851-1854). There is space between the stones where other family members may be buried. 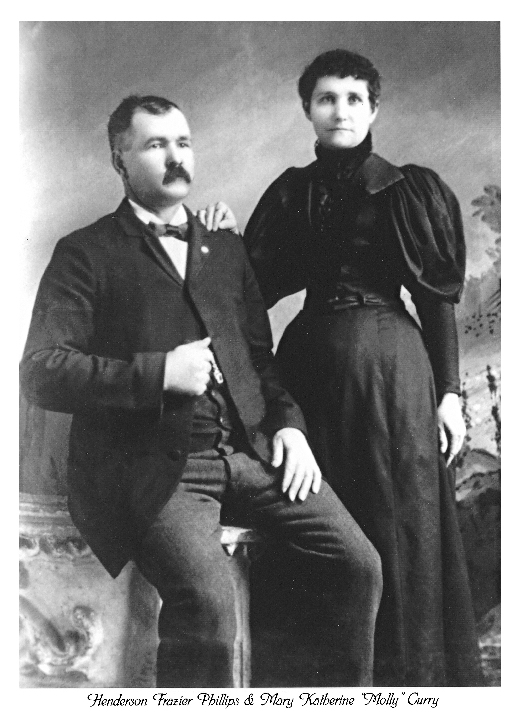 Mary Katherine Curry  was born in 1859 in IL and died of cancer in 1900. She is buried in Union Cemetery St. Paul, Minnesota. Her parents were: Robert N. Ellis & Drusilla (Akers) Curry.

Henderson F. Phillips was a Presbyterian and according to the following census data, had these occupations. 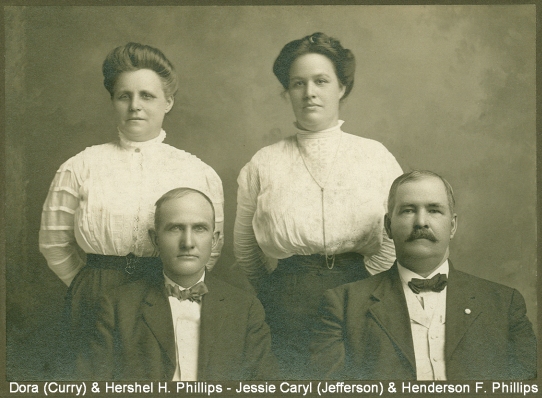 Henderson Fraizer and his brother Hershel H. Phillips and their wives. These two brothers are  the sons of Henderson P. Phillips(1825-1881) who came from TN to IL.

Hershel Hiram Phillips was born in 1861 in Illinois. Hershel's wife Dora Curry was the sister of Henderson's first wife Molly who died of cancer.