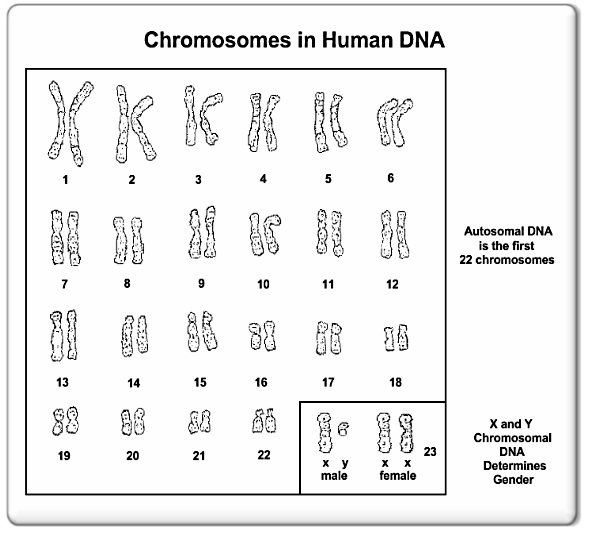 Since autosomal DNA or the atDNA is made up of many random combinations of genetic blocks of information, its uses in genealogy have been limited thus far.

Because all atDNA does not combine in a definitive pattern, some atDNA is inherited in a larger quantity than other atDNA. For example, a son may inherit more atDNA from his mother than from his father.

As it was stated above, the "recombination" of atDNA is random.  Scientists still do not completely understand the random "recombination," but have been developing theories on it.

To illustrate this random "recombination" of atDNA, see the chart with colored graphics below called, Autosomal DNA Random Recombination. 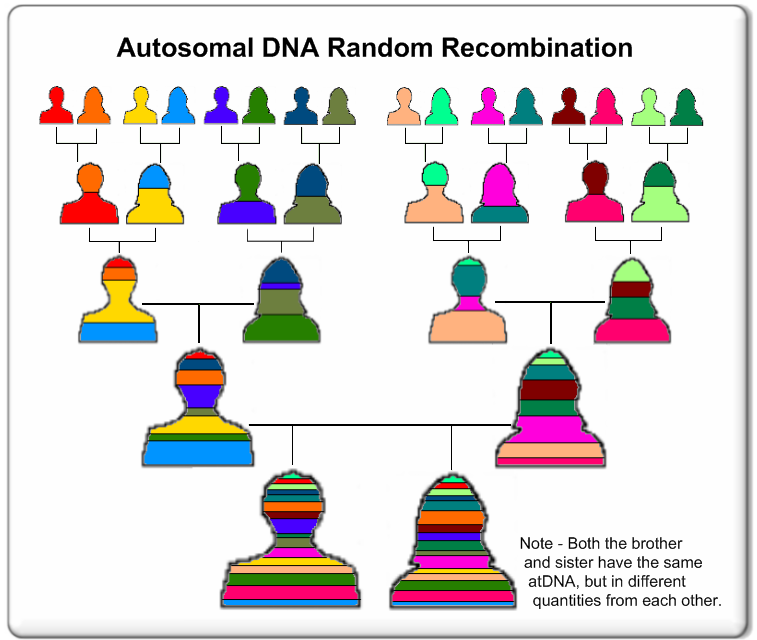